Lord of the Dance Flash Mob 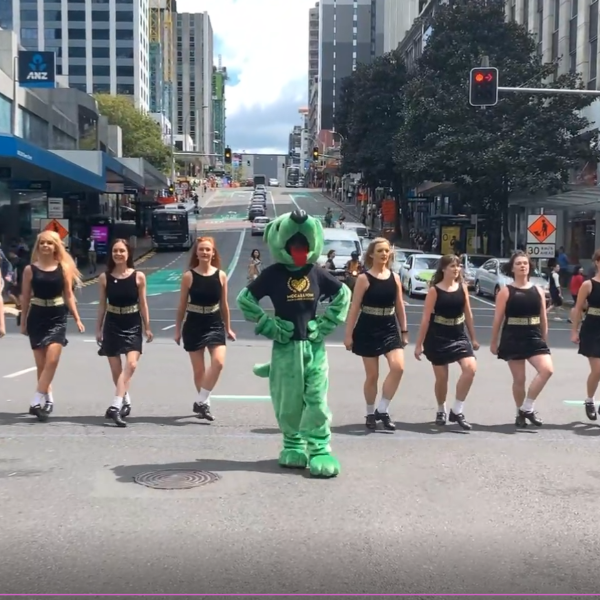 “How about staging a flash mob on Auckland’s Queen St during peak rush hour?”. A question posed by Maire McCallion, director of McCallion Irish Dance Academy.

As the pedestrian light turned green, a mob of Irish Dancers with a ‘green dog’ in tow, rushed into the intersection and performed a Lord of the Dance flash mob. Phones flashed, cars tooted leaving some passers-by curious or confused.

The Crackerjack team, sporting St Patrick’s Festival T-shirts, promoted the upcoming Festival during the flash mob. A grand publicity stunt that generated excellent exposure for the Festival through its social media channels.

By the way, permission was obtained from Michael Flatley, himself!