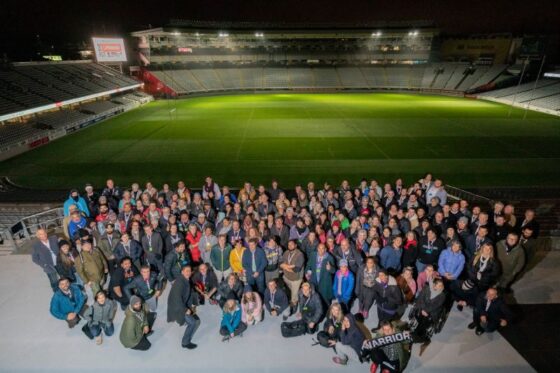 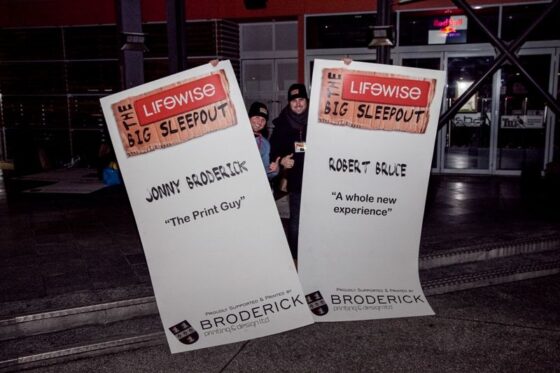 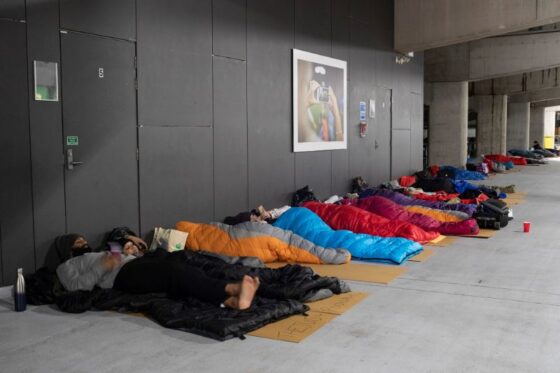 Experts tell us, only 3 things need to go wrong in your life to end up homeless.

On a cold night in the middle of winter, you’ll find a group of business men and women eager to suffer for a good cause, while getting a taste of life on the streets. Auckland’s biggest Sleep Out is an effort to end homelessness in Auckland, while raising both money for and awareness of this problem.

Crackerjack was approached by Lifewise to start the international program of the Big Sleep Out here in New Zealand. Our first event started in 2010 in a building car park with around 50 participants. We then progressed to the AUT Quad, and now, almost 10 years later, the latest Big Sleep Out was held at Eden Park with close to 400 participants and raised over $230,000.

The Auckland business community hear first-hand accounts from the homeless and from those who have been able to turn their life around. They then get to experience first-hand the challenge of sleeping rough.
Stripped of their creature comforts, Lifewise Big Sleep Out participants ‘sleep rough’ on a piece of cardboard on cold concrete. They battle the elements, which some years included thunder storms and heavy rain to receive an insight into what it means to be homeless. Their challenge and commitment is rewarded by donations from family, friends, colleagues and the public; every dollar raised goes towards Lifewise’s work for ending homelessness.

Crackerjack provides all the event support, health & safety and programming, which one year included having a group of ‘revellers’ walk through the sleepers during the night, all to create an authentic representation of life on the street.

We are humbled every year by this event and we are extremely proud to be able to support Lifewise to educate and raise funds for the Auckland homeless community.

“Thank you both for your efforts last week, and in the lead up to. We really appreciate your energy and enthusiasm for Lifewise and the BSO.” 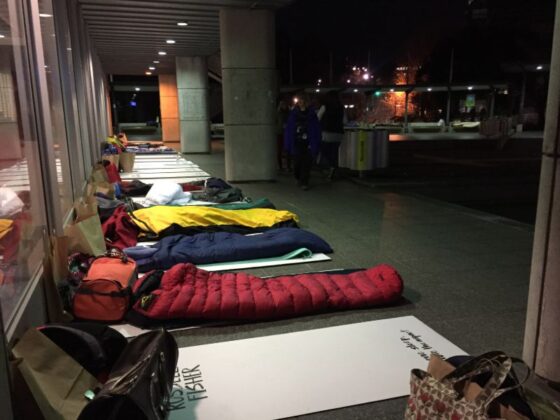 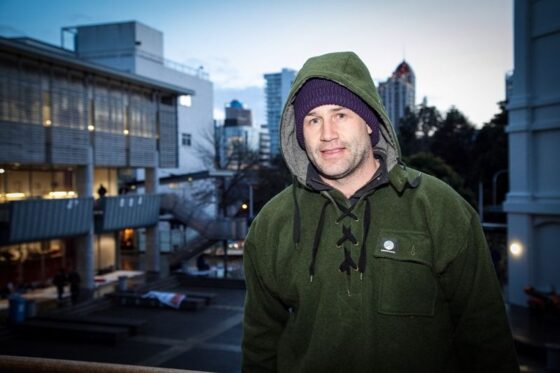